The basic rules of the influence of microscopic slitter knives structure on the wear performance of wear-resistant materials can be divided into two categories:

(1) When the penetration depth of abrasive particles is greater than the size of the microstructure, the microscopic slitting blade structure mainly plays an integral role and affects the macroscopic performance. 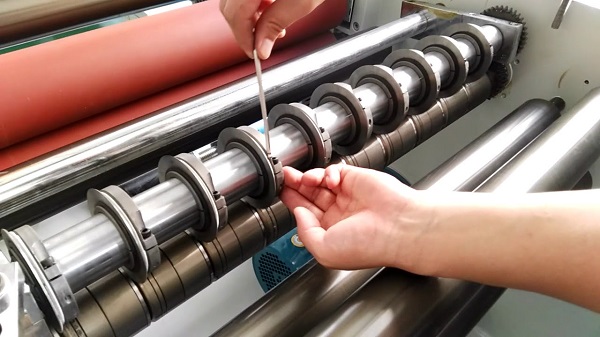 (1) At the same hardness, the wear resistance of the austempered bainite (B) of the slitting blade is significantly higher than that of the martensite (M). This may be related to the quenching stress and microcracks in M. Therefore, the slat M is also more wear-resistant than the sheet M of the same hardness. The flake M can achieve the same wear resistance as austenite (A) and bainite (B) only when the hardness is much higher.

(2) Although A' macroscopic hardness is not high, it has high toughness and can consume a large amount of energy during plowing of abrasive grains, so it has high wear resistance. When high-stress abrasive wear, A has high work-hardening ability and even induces A-M transformation, which greatly improves its wear resistance. Therefore, the wear resistance of A mainly depends on the stability of A in the tribological system. That is, in this abrasive wear environment (stress state, abrasive hardness and particle size, etc.), whether A can produce a sufficiently high degree of work hardening and whether A-M transition can occur.

(4) The alloying elements that are dissolved in various structures to form replacement solid solutions can play a certain strengthening effect and improve wear resistance, but their effect is weaker than interstitial elements such as carbon and nitrogen.

In general, multi-component composite structures are more wear-resistant than single-component and single-phase structures.

(1) In the annealing normalizing organization (mainly castings and forgings):

② In hypereutectoid steel, as long as there is no complete and continuous network carbide (K) at the grain boundary, the wear resistance also increases with the increase of carbon content.

③The ability of flake P to prevent abrasive grains from plowing is stronger than that of spherical P, so the same kind of steel has higher wear resistance than spheroidizing annealing or quenching and tempering.

④ The finer the P, the smaller the distance between the layers or particles, the higher the wear resistance. 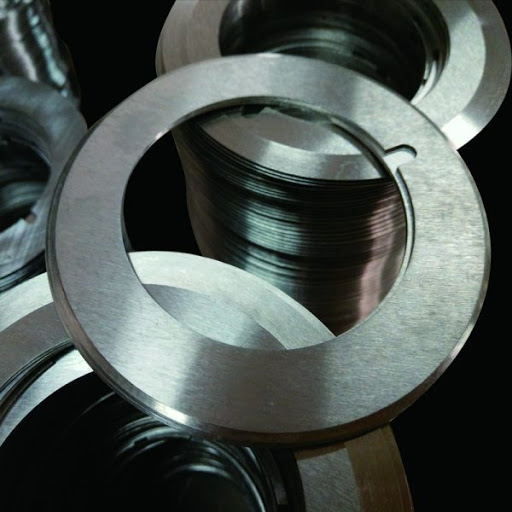 (2) In the quenched and tempered organization:

① Although the full martensite structure has high strength and high shear strength, once the cracks are formed or have been formed during quenching, they will quickly expand without the toughness phase to stop them. Therefore, martensite and retained austenite (AR) plus wear-resistant carbides are properly matched to have higher wear resistance. It is better if there is a thin layer of AR or F between the slats M.

②Under the same condition of K, it is best when "(C) dissolved in M is 0.4%~0.5%. At this time, the hardness of the M matrix is 61-63HRC, the contact fatigue resistance is the highest, and dislocation M can be obtained. The one-sided pursuit of grain refinement and excessive reduction of the quenching temperature caused the M carbon content to be too low and the hardness insufficient. The abrasive particles first grind the matrix away, and the isolated K particles are also difficult to support.

③The K on the M matrix has an appropriate amount, thickness and shape, and is firmly combined with the matrix, which has high wear resistance. K should not have sharp corners to avoid stress concentration. Since A is closer to K than M crystal form, if there is a layer of A around K. The film is firmly combined with M. The fine K has a good dispersion strengthening effect, but it will be turned up or cut off along with the matrix under coarse abrasive plowing. Therefore, it is best to match the thickness of K, and there should be a part of the coarse grain K whose size in at least one direction is greater than the depth of abrasive grains.

④ After quenching, low-temperature tempering, if the precipitated K and M maintain coherent contact, the wear resistance is the highest.

⑤ -196 after quenching. C cryogenic treatment can make nanometer K precipitate in M, which can hinder the movement of dislocations, reduce the generation of wear debris, and can also promote part of AR-M. Not only alloy steel and high carbon steel, but also carburizing steel can effectively improve its wear resistance.

(3) In the austempered structure:

①The structure under M+B is more wear-resistant than under the full B or the entire M structure. The proper ratio of M+BF+K+AR can get the highest wear resistance.

②B accounts for about 25% to significantly improve wear resistance and contact fatigue resistance. Although B has higher toughness, it has lower strength and shear strength than M. If the proportion of B is too large, the cracks mainly pass through BF and the wear resistance is also poor.

③Because the isothermal transformation is not complete, M will be generated after air cooling. If this part of M is not tempered, the brittleness is relatively high, so it must be tempered at ≤200C after austempering. Such as mid-month and high-temperature tempering, the advantages of austempering will be wiped out.

④General steel should not be quenched by upper bainite. The mixing of B in M will reduce the toughness and wear resistance. As for the granular bainite structure contained in high-silicon steel and austempered ductile iron, it is essentially different from the traditional knowledge of B, which is arranged in feathers from K and F bars. A-B ductile iron is austempered in the B zone to obtain bainite ferrite (B-F) in the feather-like B structure. Due to the inhibition of silicon, K cannot be precipitated during the transformation, and the excess carbon is enriched in A, forming small carbon-rich A islands in the B-F strip. Further cooling, part of A is transformed into M, thus forming the existence of M-A islets in the B-F strip. This kind of organization has high toughness and abrasion resistance and is a promising new material.

Understanding the impact of the slitting blade organization on the wear resistance of abrasive materials is very important for us to choose and purchase the slitting circular blade. Nanjing Jingfeng is a professional cutting knife manufacturer in China, providing high-quality slitting machine blades.