What is the Reason for the Pillow Packaging Machine can not Cut off the Film?

The reason why the pillow packaging machine cuts the film continuously:

1. The temperature of the cutter is not enough. 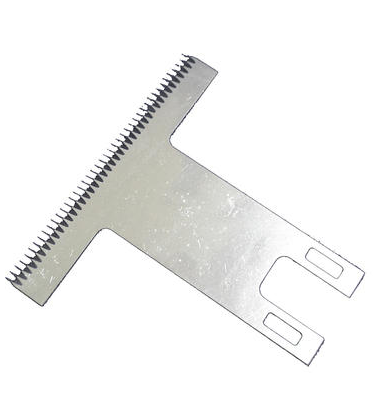 2. The screws on both sides of the knife seat of the pillow packaging machine are loose.

If the machine is used for a long time, the two screws on the top of the tool seat may become loose due to machine vibration. We need to adjust the screw on the knife seat clockwise two or three times (note that it is not the big screw in the middle, but the small screws on both sides. Some packaging machines have 4 screws, and some packaging machines have two. Depending on the model， the number of screws will also be different). After the adjustment, the machine can be turned on again. Generally, the problem can be solved. If it still doesn't work, you need to test it slowly until the packaging machine can cut the film. It should be noted that if the screw is adjusted, the film can be cut, but the knife holder makes a loud noise during cutting (not too big, no problem), indicating that the knife pressure is too high. In this case, the screw must be adjusted back, and then the problem caused by the screw can be eliminated.

3. The cutting knife is not sharp enough due to wear.

After excluding the above reasons, it can be concluded that the packaging blade is the problem. This situation is more common, especially in pillow packaging machines that have been used for a long time, and most of the cutters are worn out. The solution is that we can use a copper sheet to pad the blade, so that the pressure of the cutter will increase, and the packaging film can be cut.

1). Remove the packaging machine blades (note that you have to wait for the temperature to drop before performing this operation, otherwise it will be easy to scald)

2). Use a copper sheet (or cut the aluminum skin on the can) and cut it to a suitable width (as long as it can fit into the knife holder).

It should be noted that this operation is not suitable for novices. It is difficult for non-professionals to remove the cutter and install it directly, which will only take time and effort. It is correct to solve the problem by the after-sales master of the pillow packaging machine factory.